LCAM centre among best in Europe

The van Leeuwenhoek Centre for Advanced Microscopy (LCAM), a collaboration of the Netherlands Cancer Institute, the AMC-UvA and the UvA’s Faculty of Science, is according to Euro-BioImaging one of the leading microscopy centres in Europe. The centre has therefore been officially endorsed as a node of this European consortium.

Euro-BioImaging is an emerging European partnership seeking to use Europe’s wide-ranging bioimaging expertise as efficiently as possible. With this quality seal, LCAM has attained the highest qualification in the development and application of advanced microscopy and imaging analysis and the provision of technology to users. A total of 28 European microscopy centres were declared nodes.

According to director Dorus Gadella, ‘It is Europe’s only designated “flagship node” in functional imaging microscopy.’ He explains: ‘functional imaging is the direct visualization and quantification of molecular processes in living cells with fluorescent biosensors. For instance, the interaction, movement and conformation changes of biomolecules and structures in cells. Or how external signals are processed by cells and how DNA is transcribed in the cell nucleus.’ 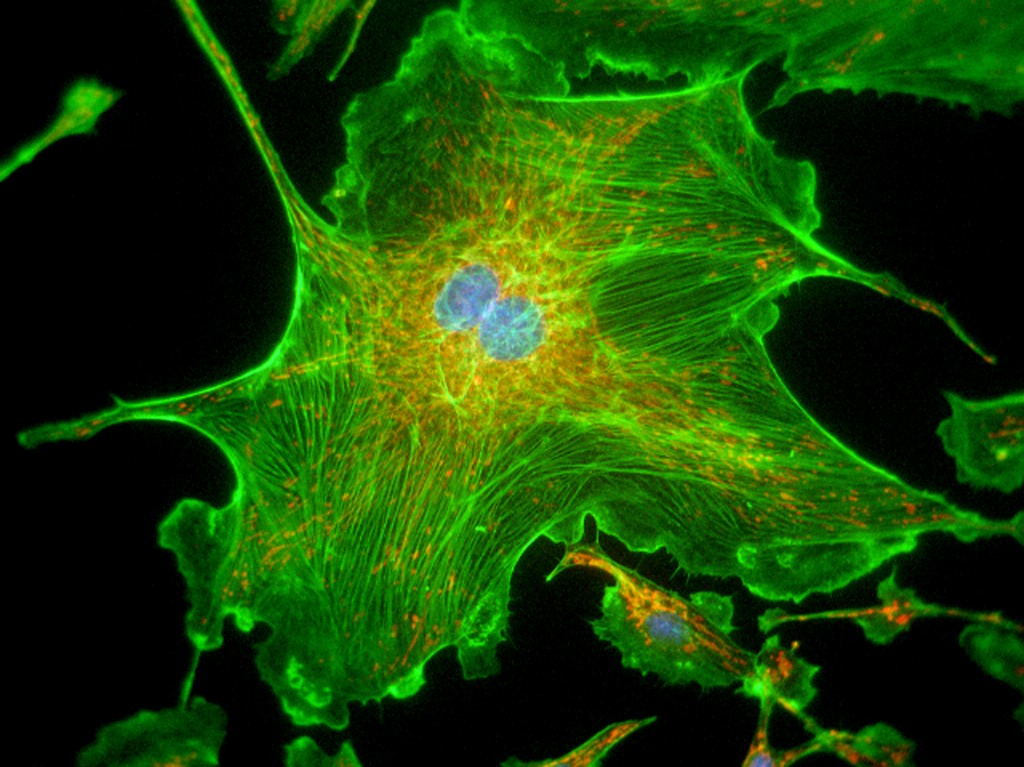 The declaration of the 28 European microscopy centres is a momentous step in the realisation of the European Strategy Forum on Research Infrastructure (ESFRI) Euro-BioImaging Roadmap. The ESFRI is a strategic instrument to develop the scientific integration of Europe and to strengthen its international outreach. The Euro-BioImaging consortium aims to build an infrastructure of wide-ranging, state-of-the-art imaging technologies. Thanks to its open access structure, it will in future provide life scientists in Europe and beyond with access to sophisticated facilities for biological, molecular and medical research.

Microscopy in the Netherlands

ESFRI quality seals have been awarded to nine centres in the Netherlands, placing our country, the technique’s birthplace, among Europe’s bioimaging leaders. With this European recognition, the prominence of the Dutch research tradition in this field has been confirmed. The Dutch centres are united in the NL BioImaging Advance Microscopy roadmap, coordinated by the University of Amsterdam.